The client set next objectives: to provide control of the hotel territory, to put under observation personnel actions, to monitor events that take place at the parking and the summer ground.

In order to achieve goals the Vostok company designed and set video surveillance system based on the hardware-software complex «Intellect». As a result 32 video cameras were installed.

The client chose security complex “Intellect” within the bounds of security and video surveillance expansion on the hotel territory particularly in the restaurant and on the summer ground. Besides, hotel management is planning to integrate video surveillance over cash desks in the lobby, bar and restaurant, also they want to control entrance gates and lifting barrier from administrator’s place work.

Detailed description of video surveillance system in the hotel Surozh: 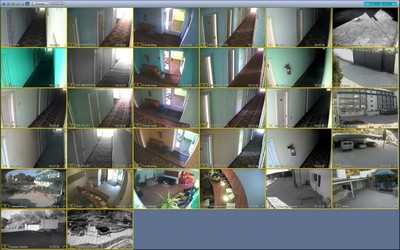 Video server on the PC base is hardware-software part of system “Intellect Video E-32”.

Control over stories was a difficult task because of irregular lighting: in the day time halls are lighted up brightly but there is a difference in lighting behind supporting columns. In order to solve this problem, specialists of the Vostok Company used combination of video cameras Samsung SID-560 and budgetary STC-C116. This solution provided an excellent image quality and reduction in project cost. There are five video cameras on the storey – two video cameras Samsung SID-560 are at the end of the corridor, STS-C116 controls storey entrance and rooms that are situated in the middle part of the corridor.

Logical handling is excellently fulfilled thanks to the facilities of the Intellect system. You can turn on images from video cameras in different screen combinations. For example images of all the hotel stories can be concentrated on the “Screen №1” and “Screens №2, 3, 4, 5” show what is happening on the appropriate stories.

Remote jobsite is used on the reception. Access rights are restricted:

operator can see definite areas while administrator observes and works with archives. 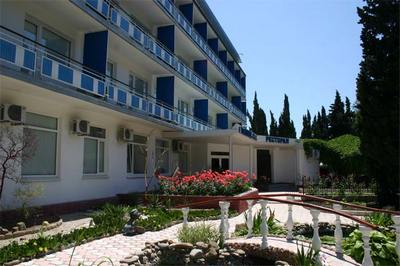 Hotel Surozh is situated on the high street of Sudak. There is a beautiful square with the pond near the hotel. Hotel offers single and two-place rooms of primary and first-class standards. The distance to the municipal beach is 250 m, footway passed trough the cypress alley. There is Sudak central market not far from the hotel (300—400 m).

P.S. Website of Hotel Surozh — www.surog.crimea.ua was designed by web-design studio “Pixel” (Dnepropetrovsk). “Pixel” is a regular partner of the Vostok Company.

Intellect-video control in the warehouses of “TOP” company